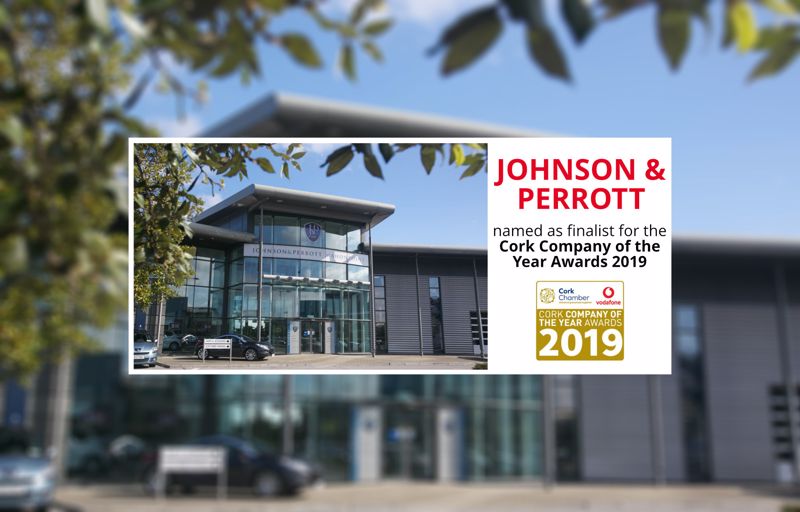 Cork Business of the Year Finalist 2019

We've been named as the finalist for the Cork Company of the Year Awards 2019!

For more than 200 years, Johnson & Perrott has been a driving force in Cork’s motoring industry — and if 2018 is anything to go by, it has no intention of putting any brakes on its growth.

Founded in 1810, Johnson & Perrott Motor Group is a market leader in motor dealerships in Cork city and county, and in fleet management and commercial vehicle hire in Ireland.

In 2018, the group achieved a number of key milestones, including the opening of a new Jaguar Land Rover Dealership in Bishopstown, the acquisition of National Truck Rental Company in Dublin and the creation of a new global partnership with ARVAL, Europe’s largest leasing company.

The group was founded in 1810 to manufacture horse-drawn carriages and traps, making it one of Cork’s oldest companies.

It was acquired by James Johnson in 1860 who set about developing a business through innovation, developing an outstanding reputation — the carriages which survive today are sought-after collector’s items.

With over 150 years of continued family ownership, the current shareholders are now a mixture of fifth and sixth generation descendants of James Johnson, who acquired the company in 1860.

Founded and headquartered in Cork city, the group operates three motor dealership clusters with eight car franchises and three commercial vehicle franchises; is a leading provider of corporate fleet management and has a growing presence in short-term and long-term commercial vehicle hire across the country.

It also offers a comprehensive range of services including new and used vehicle sales, both mechanical and body repairs and a replacement parts service

Since the sale of its key Avis Rent A Car division in 2012, the firm has rebuilt its business model, and as a result, has grown at a rapid pace, resulting in a current headcount standing of 179 employees, up from 98 in 2014.

To be nominated in the ‘large category’ for the Cork Company of the Year is of huge prestige to the firm, according to chief executive Mark Whitaker.

Last year was been a year of enormous change in our organisation with the opening of our new dealership site in Bishopstown, the acquisition of National Truck Rental Company in Dublin and the creation of a new global partnership with ARVAL, Europe’s largest leasing company.

“Our nomination is a wonderful endorsement of the contribution made by each of our team of 179 people and the support we get from our customers in Cork City and throughout the country for which we are very grateful.”